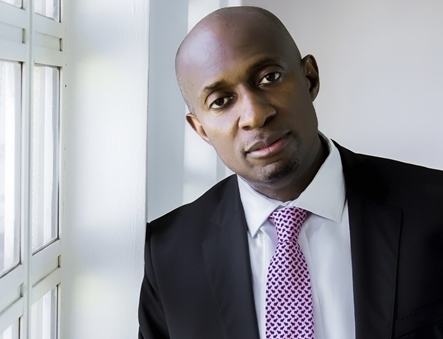 The Airline Operators of Nigeria (AON) has called on the Federal Government to as a matter of urgency tackle the acute shortage of aviation fuel that the country has been experiencing in recent times.

The call was made by the Chairman of AON Capt. Nogie Meggison on the heels of a consistent unavailability of the product in the past week for airlines to conduct their operations thereby leading to 50 per cent delays or cancellation of flights.

According to him, “We have been forced to cry out about the perennial problem at this juncture because it continues to put us in a difficult situation to go an extra mile to fulfill our obligations to our esteemed customers in spite of the inconveniences that go with it. However, we are at the mercy of the oil marketers and many times our hands are tied such that we are left with no other option than to cancel flights”.

Speaking further, the AON Chairman noted the marketers have been increasing the price consistently to an unbearable point to the reach of airlines.

“Till April this year, I bought Jet A1 Fuel for N105 a liter. About a month ago the price jumped to N145. Two weeks later it rose to about N200 a liter. Today the price has skyrocketed above N200 a litre. This has greatly increased our operational cost.” He lamented

The AON said that considering the fact that the cost of fuel accounts for about 40 per cent of the operational cost of most airlines, the colossal rise in price of the product by over 100 per cent has equally increased the operational cost astronomically, adding that in the light of this AON feasibility studies and financial projections are greatly threatened thereby putting the airlines in a dangerous and difficult financial position.

He pointed out that despite all this, airlines cannot increase ticket prices in order not to discourage customers that have been seriously stretched due to the economic hard time facing them and their disposable income seriously reduced or erased.

His said that for most airlines customers, the alternative means of travel is going by road, adding that it should be put on record however that road transport uses Premium Motor Spirit (PMS) also known as Petrol, which according to him is highly supported or assisted by the Federal government with exchange rate of N285 and available to marketers.

Airlines on the other hand, he posited  don’t have such foreign exchange support or availability from  government with regards to helping to make Jet Fuel available to airlines or at an affordable price.

He disclosed that PMS forex allocation is given regularly to importers at N285 to the dollar and that road transporters don’t pay 5 per cent VAT or the Regulatory 5 per cent Ticket Sales Tax or any of the other multiple taxes charged airlines today, where as much as 35 per cent of a total ticket price are taxes and levies.

Meggison added that apart from the question of no support in fixed rate of jet fuel, government is not making dollar available for the airlines to carry out their operations, a situation that gives the impression that airlines are undermined.

The AON Chairman stated that during a recent visit to the Honorable Minister of State for Aviation, Senator Hadi Sirika, he in the company of a delegation of members and that he promised to use his respected office to prevail on all those concerned to urgently address the crippling fuel shortage and to come up with a lasting solution, even if it means AON getting forex allocation directly from government to import its own fuel as it is currently done with PMS.

He added that the Minister assured the delegation of his understanding and promised to look into the matter.

“I have mentioned the problem to the GMD of NNPC and there were plans to get the Port Harcourt and Kaduna Refineries on-stream before the end of the 2016 to begin to refine Jet A1 locally so as to make the product more readily available at an affordable price” Sirika had disclosed.

The AON Chairman stated that he appealed to  the government to note that  the operations of domestic airlines is one of the main stay and a pivot for any country’s economy as well as a catalyst for recovery of the fragile Nigerian economy.

“We are looking forward to the Minister of State for Aviation to come up with a quick fix before the Nigerian airlines are pushed or forced out of business,” Meggison said