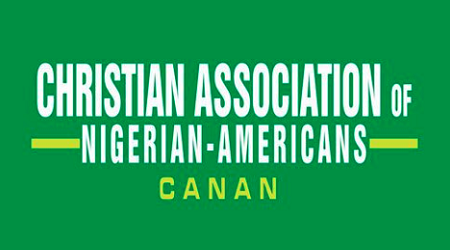 …Says 384 Christians Killed, 111 Injured In Seven Months
…Urges Government To Go Beyond Issuing Statements
Members of Christian Association of Nigerian-Americans (CANAN) have condemned in strong terms the horrible killings of Nigerian Christians allegedly by Muslims across the country.
The members, who spoke through their Executive Director, Dr. Ade’ Oyesile, in an online statement, today stated that the body was worried over the incessant killing and the punishments meted out to the killers, which according to him were not commensurate with their offences
According to him, “we are saddened by the rapid occurrences of these atrocious killings without a corresponding accountability being meted to the growing list of perpetrators”.
The body called on the Federal Government (FG) to go beyond mere expression of shock at the vicious killings and set in motion practical steps to stem this ugly spectacle of continuous massacre of Christians.
He disclosed that as at July 20, 2016, CANAN records showed that with just weeks past midyear, at least 384 Christians have been killed and 111 injured in various parts of the country, adding that this figure compares in a scaring proportion to a total of 431 deaths and 301 injured Christians in 2015.
According to him, “These killings, we noticed, are carried out either by tit-for-tat attacks, arson on properties especially churches or the targeted systemic killings of Christians perpetuated by the Boko Haram terrorist religious sectarian group.”
He continued, “Our figures of Christians killed and maimed by Muslims corroborates with documentation by “The Religion of Peace,” a magazine that chronicles attack on Christians. The magazine gives even more details of the vicious killings in 2016 alone as follows: January 27, at least 16 Christians were killed and 32 injured when a suicide bomber sent shrapnel at a vegetable market in Chibok a Christian town in Maiduguri.”
A breakdown of the killings according to Oyesile, as recorded by the magazine showed that on January 29, in Adamawa, 10 Christians were killed and 28 injured when a suicide bomber detonates a bomb at a busy market near a church. All the victims were Christians.
The magazine’s statistic according to the Executive Director revealed that on February 14 in Abbi community in Uzo-Uwani, Enugu State, Fulani herdsmen killed 2 Christians when a brother and sister were hacked down in a Christian dominated community. 19 people were injured.
Oyesile also disclosed that the platform also made known the following statistics:
February 24 in Agatu, Benue State, the nation witnessed the merciless killings of at least 300 Christians by radical Islamic mercenaries including pregnant women.
In Enugu on April 25, 48 Christians were killed and 60 injured also perpetuated by Fulani herdsmen.
On April 30 in Dadawa, an outskirt of Sabongari in Kano State, a man and his daughter were burnt alive in a church by Boo Haram.
At Ninte village, in Jema’a local government in Kaduna State on May 31, just a month after, three Christians were burnt to death in a Pastors’ home as they slept.
In Kano on June 2, a Christian woman was beheaded by Islamic fundamentalist after a minor argument.
On June 30 at Obi town in Nasarawa State, a Pastor was killed by a militant Muslim.
The July 9 incident where a female Pastor was hacked to death in the FCT by Muslim radicals traumatised every right thinking individual.
This dastardly killings of Christians in the country, he warned must stop, adding that it is most disappointing that these unprovoked killings of Christians have continued despite the Federal Government condemnation statements.
“There is palpable anger in the land and it is anger without answers from the federal government has a direct responsibility to secure the lives of all citizens. This is more so as we Christians do not preach gospel of retaliation, we preach peace and peace we are seeking now.” Oyesile said
He continued, “Whatever the federal government is doing, if any, is either too slow or insignificant compared with the reoccurrence of the killings; the federal government needs to step up and take bold actions to give members of the Christian community in the country a sense of security and belonging.”
He called on Nigerians to work hard to avoid these sectarian killings, which he said have made countries embroiled in it to become failed nations, praying that that should not be Nigeria’s portion.