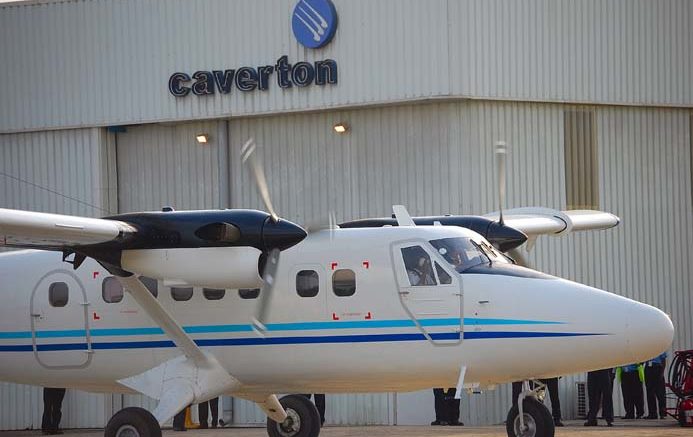 … Accuses Coy Of Discriminating Against Nigerians In Payment Of Salaries
The National Association of Aircraft Pilots and Engineers(NAAPE) is to shut down the operations of Caverton Helicopters as part of the one day warning strike to protest against the disparity in the payment of salaries between expatriate and Nigerian pilots and engineers.
The strike will affect the company’s offices in Shell, NAF Base in Port Harcourt, as well as Warri and Lagos
The one day warning strike which will affect the operations of Caverton will be enforced by NAAPE members between midnight today July 12, 2016 to midnight of tomorrow July 13, 2016.
The warning strike is equally to express the union’s discomfort over the refusal by the helicopter company to commit to pay remunerations being converted from Dollars to Naira at prevailing inter- bank rate as previously agreed between the management of the rotary wing and NAAPE.
Speaking to Aviation Journalists at the Murtala Muhammed Airport (MMA), Lagos, the General Secretary of NAAPE, Ocheme Aba, stated that it was worrisome that Caverton Helicopters is discriminating between expatriate and Nigeria pilots and engineers in the payment of salaries.
He further stated that while the salaries of expatriates in the company had been paid up to date and promptly, the pilots and engineers, who are Nigerians are still been owed salaries.
The General Secretary also hinted that the one-day warning, which would see the activities of the rotary wing giant grounded is to protest the refusal of the company to pay salaries every month on or before the 26th day of the month as contained in the Condition of Service as against the current practice, where salaries runs into months in arrears.
He posited that despite several efforts made by NAAPE to address the several labour issues that have severed the relationship between the union and the management of the company, Caverton has refused to resolve these matters.
Union, he stated would not allow Caverton Helicopters to get away with this hence the warning strike.
NAAPE also accused Caverton Helicopters of deducting tax and from the workers’ salaries without remitting same to the appropriate authorities.
According to him,” having exhausted all avenues of seeking redress without success, we have come to the painful conclusion that the management of Caverton has taken our patience and goodwill for granted.”
He continued, “Accordingly, all pilots and engineers in Caverton are hereby directed by the National Executive Council of NAAPE to withdraw all services as from midnight of today July 12,2016 to midnight of tomorrow July 13,2016, as a warning to Caverton to do the needful or face more drastic action”
He urged all members to cooperate with the branch executive and actively support the endeavour.
On what would happen if the company fails to address the issues raised, the General Secretary said that NEC of NAAPE will meet to take further drastic actions against the company.
On whether the company gave NAAPE reason(s) for the disparity and why it has not been paying salaries to Nigerian pilots and engineers promptly despite the fact that the company’s clients have been paying for the services Caverton renders to them, Ocheme said, “the management of the rotary wing has not given NAAPE any reason.”
Caverton is one of the three organisations operating rotary wing operating in Nigeria