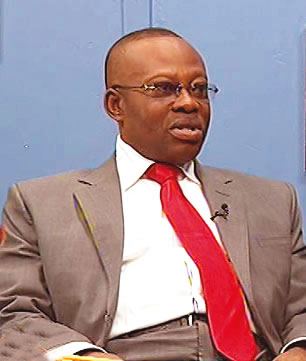 Former Chairman, Nigerian Bar Association (NBA), Ikeja Branch, Mr Onyekachi Ubani, has said the victory of Uche Ogah as the governor of Abia State was valid and not a hurriedly executed legal ambush for the acquisition of political power as been speculated in some quarters.
Ubani stated this while speaking with journalists in Lagos.
He called on the Acting Inspector General of Police, Mr Ibrahim Idris and the Attorney-General of the Federation, Mr Abubakar Malami to ensure’s Ogah is sworn in as governor.
Recalled that Justice Okon Abang of the Federal High Court, Abuja had on June 27, 2016 sacked the state Governor, Mr Okezie Ikpeazu, for failing to pay his taxes as required by law.
The judge had also ordered the Independent Electoral Commission (INEC) to immediately issue a certificate of return to Ogah as Governor-elect, a directive which INEC had complied with.
According to Ubani, “It is a victory that all lovers of democracy should celebrate. A man who does not pay his taxes does not have the moral or legal right to manage the proceeds of tax paid by law abiding citizens for the collective good of the state as governor.”
He continued, “It is therefore clear that contrary to the impression being given by the Ikpeazu camp, this case is far from an ambush. It is strongly anchored on facts and refusal of Ikpeazu to respond to the core issues and his resort to propaganda speaks volumes.”
Going back memory lane ,Ubani noted that the suit was filed by Ogah in 2014 after the state’s Peoples Democratic Party (PDP)gubernatorial primaries wherein he challenged Ikpeazu’s eligibility.
He argued that election petitions tribunals decisions are different from pre-election matters and that a party does not have to wait until 21 days to file an appeal.
In his words, “The order of the court was that INEC should immediately issue a certificate of return to Ogah and that he should be sworn-in by the Chief Judge of Abia State. The order of the court must be obeyed until it is upheld or reversed by a superior court. Such an order cannot be arrested by a court of coordinate jurisdiction. The law today is that Ogah has been issued with the certificate of return.”
“I am therefore calling on the AGF and the IGP to ensure that Ogah is sworn-in since there is no stay of execution from a superior court or any other order contrary to that effect.” he said
He urged Nigerians to appreciate INEC for immediately obeying the judgment after the commission was served with an enrolled order from the court.
“INEC was right for complying with the judgment of the court. Let us begin to appreciate government agencies when they comply with orders of court. That is the way we can build a country we are proud of,” he opined.