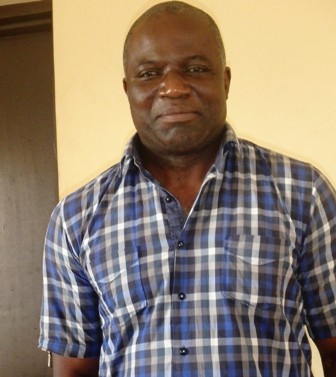 … I Made A Mistake Venturing Into My Wife’s Drug Business—Suspect
Operatives of the National Drug Law Enforcement Agency (NDLEA) have arrested a South Africa based evangelist, John Vincent Arinze, over 165kgs of narcotics drugs seized at Apapa Seaport, Lagos with a street value of N1.4 billion
According to the agency the suspect is presently being interrogated by operatives.
The arrest is coming few days after the NDLEA at the international wing of the Murtala Muhammed Airport (MMA), Lagos, arrested a 34 years old South African lady Lekganyane Lerato for attempting to smuggle 1.210kg of white powdery substance that tested positive for cocaine to her country.
The 92kgs of methamphetamine and 73kgs of ephedrine were detected inside two containers of foodstuff meant for export to South Africa.
The arrest and seizure according to the agency’s Head of Public Relations, Mr Mitchell Ofoyeju is a product on intense undercover operation by the NDLEA and that the estimated street value of the drugs is N1.4 billion.
Speaking on the latest development at Apapa, the Chief Executive of the NDLEA, Col. Muhammad Mustapha Abdallah (rtd.) said that the seizure has significant influence on the campaign against narcotic drugs and psychotropic substances.
In his words, “this is a product of careful planning and meticulous tracking of narcotic drugs movement. The consignments were closely monitored by our undercover agents and intercepted at Apapa Seaport, Lagos following the detection of narcotics by NDLEA sniffer dogs during screening operation. This will definitely have a positive influence on Nigeria’s drug control efforts”.
The NDLEA boss added that the agency will remain meticulous in detecting drugs and prosecuting offenders.
“I am very happy with the success recorded in this operation. The Agency will remain painstaking and professional in the fight against illicit drug production, trafficking and abuse. We hope to unmask the drug syndicate behind this shipment and make more arrests soon” Abdallah promised.
According to the anti narcotic agency ,the drugs were hidden inside packs of melon concealed in foodstuff and cosmetics such as Gari (cassava flakes), noodles, Knorr and Maggi food seasoning, yam powder, Malt drinks, pepper, Milk, Herbal Hair Cream and Golden Morn cereals. Other items in the container are Damatol Hair Cream, bags of Melon, Kegs of palm oil, Beans, Biscuits, Sardine and Cartons of Orijin bitters.
The agency further explained that during examination of the containers marked MSKU 388274-1 and MSKU 424717-0; anti-narcotic officials detected 20kg of Methamphetamine and 50kg of Ephedrine inside the first container and 72Kg of Methamphetamine and 23Kg of Ephedrine in the second container. The total weight of the drugs is 165kgs.
Officers, NDLEA stated successfully traced the illicit consignment to a 52 year old man ,who claimed to be an evangelist by name John Vincent Arinze, who was arrested in his hotel room in Lagos.
NDLEA added that a Mercedes Benz Jeep belonging to him was also impounded at the time of arrest and that the suspect hails from Ara village, Nise in Awka South Local Government Area of Anambra State.
NDLEA further stated that John, who had lived in South Africa for over a decade accepted ownership of the illicit shipment and that the suspect in his statement said that he made a big mistake by taking over the business of his late wife.
Lamenting he said, “I am an evangelist living in Durban South Africa. My late wife was into drug trafficking before she died few years ago. I made a mistake venturing into her business. It is all my fault.”
The agency stated that the suspect would be charged to court.