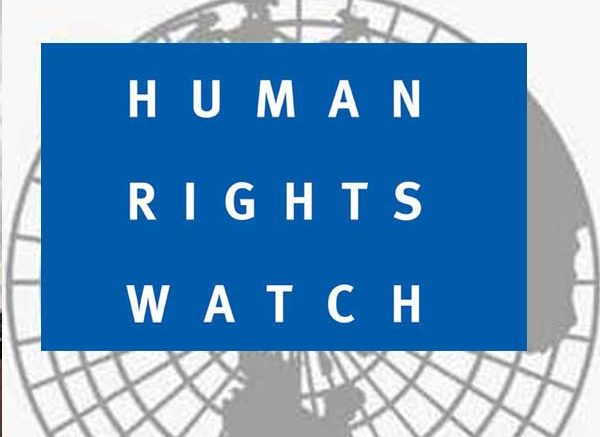 Human Rights Watch today asked the President Barack Obama led administration to require foreign governments such as that of Nigeria, Iraq, Somalia and others receiving United States military aid to immediately end their use of child soldiers.
This is just as the US State Department issued a new list of countries implicated in the use of child soldiers as part of its annual Trafficking in Persons report.
The list of 10 countries includes Burma, the Democratic Republic of Congo, Iraq, Nigeria, Rwanda, Somalia, South Sudan, Sudan, Syria, and Yemen.
The 2008 Child Soldiers Prevention Act prohibits certain forms of US military assistance to countries that either use child soldiers in their national armed forces or support militias or paramilitaries that recruit and use child soldiers and the president can waive the prohibition for national security reasons.
Since the law went into effect in 2010, the Obama administration has issued such waivers in 26 of 33 cases, allowing governments using child soldiers to receive hundreds of millions of dollars in US military aid.
Speaking on the development, the Children’s Rights Advocacy Director at Human Rights Watch, Jo Becker, said, “Many of the governments listed by the State Department receive US military aid year after year despite their continued use of children as soldiers. President Obama should make clear that countries using child soldiers are going to lose US military support.”

He stated that President Obama must decide by the end of September whether to waive the law’s military sanctions for any of the listed governments for fiscal year 2017.
Iraq was added to the list for the first time this year because the Popular Mobilisation Forces, a government-recognised paramilitary force under the Prime Minister’s command, has recruited children as young as 11 to fight against the Islamic State, also known as ISIS.
Human Rights Watch has documented that children as young as 15 have been killed while fighting with one of the militia forces making up the Popular Mobilisation Forces.
Nigeria was included for the second year in a row, based on the use of child soldiers by the Civilian Joint Task Force, a government-allied force used to fight the armed group Boko Haram.
Rwanda, which had been included in 2013 and 2014 but removed in 2015, reappeared after officials recruited child soldiers from a refugee camp.
The other countries have been included for at least four years in a row and that several countries such as Congo, Somalia, Sudan and Yemen have been named every year since the list was first published in 2010.
Afghanistan was omitted from this year’s list, despite evidence that the Afghan Local Police, a government-backed militia engaged in combat operations against the Taliban and other insurgents, recruits and uses children as soldiers.
According to Becker, “The United States has paid hundreds of millions of dollars to support an Afghan militia that recruits and uses children to fight the Taliban. Afghanistan should also be on this list and subject to military sanctions.”
Afghanistan was excluded because the State Department determined that the Afghan Local Police fell into a gray area not covered by the Child Soldiers Prevention Act.
But that decision appears contrary to the plain meaning of the law, Human Rights Watch said.
The law covers “governmental armed forces or government-supported armed groups, including paramilitaries, militias, or civil defense forces, that recruit and use child soldiers.” The Afghan Local Police was established under the Afghan interior minister by presidential decree in August 2010, and according to the US Defense Department, is an “integral part” of the Afghanistan security forces.
“There’s no gray area concerning children and the Afghan Local Police. The Afghan government has failed to rein in the militia’s recruitment of children while the US turns a blind eye.” Becker said.
Human Rights Watch said that in 2015, President Obama gave full or partial waivers to four of the five countries listed that were scheduled recipients of US military aid, adding that withholding at least a portion of US military aid would provide foreign governments with an incentive to curb child recruitment.
According to Becker, “President Obama should take a much harder line, and insist that countries that receive US military aid end their use of child soldiers. Unconditional military aid sends a terrible message that the US knowingly supports countries that use children to fight.”