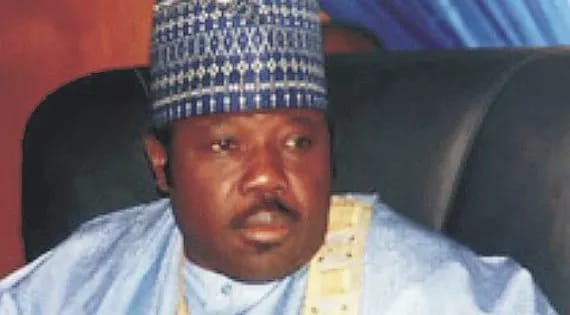 A High Court of the Federal Capital Territory (FCT) in Apo, Abuja, on Wednesday ordered the Peoples Democratic Party (PDP) factional Chairman, Ali Modu- Sheriff and other officers of the party to refrain from parading themselves in those capacities.
Justice Valentine Ashi of Court 29, High Court of the FCT, Apo, in his ruling specifically restrain “individuals currently parading themselves as the national officers of the PDP on the basis of the purported amendment to the PDP constitution at a special convention held in Abuja on December 10 and 11, 2014,” from doing so.
“By the 2014 amendment and effected on Article 47 Paragraph 6 of the PDP Constitution, in case of any vacancy, the party NEC will appoint an Acting Chairman from the area or zone where the last occupant of the offices comes from pending when election is conducted to reflect where there is a vacancy. The Acting Chairman shall serve the tenure of the officer who left before the expiration of the tenure,” the party said.
Justice Ashi declared the 2014 amendment illegal on the ground that the party did not comply with Section 66(2) (3) of its constitution by not serving the National Secretary with a written copy of the proposed amendment two months before the convention, while the Secretary was also required to circulate the amendment among state secretaries of the party a month before the convention.
The judge, who stressed the need for PDP to strictly adhere to the provisions in its constitution, noted that the insertion of the clauses in section 66(2) and (3) was to deepen democracy in the party.
The judgment was on a suit filed by a PDP member from Irele local government area of Ondo State, Joseph Jero against the PDP.
The suit is marked: FCT/HC/CV/1867/2016. The PDP was the sole defendant in the suit.
Source: thenationonlineng.net