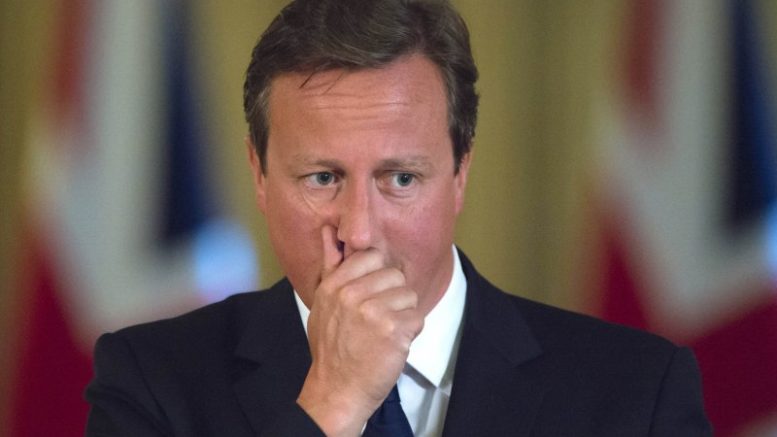 David Cameron has resigned as Prime Minister after Britain voted to leave the European Union.
It followed a turbulent night with Remain campaigners quietly confident until the early hours when results from Newcastle and Sunderland showed better than expected returns for the Brexit camp.
A surprise victory for a Brexit in Swansea, which was expected to vote to Remain, did little to dampen concerns despite Scotland overwhelmingly backing staying in the Union.
Other votes in Wales began to show a trend towards a surprise Leave vote, particularly in deprived communities.
Big wins for David Cameron’s campaign in London and Oxford did little to allay fears that early predictions had been wrong, as the pound began to tank – down by 6% by around 1pm.
Leave passed the finishing post just after 6am, as it became clear that nothing could swing the vote back in favour of the Remain campaign.
With the Leave campaign securing 52 per cent of the vote, Mr Cameron addressed the nation in an emotional speech outside 10 Downing Street to announce that he would be stepping down.
Statements are expected to be made by Sinn Fein and the SNP later today calling for a breakaway from the Union. London backed Remain but the turnout was lower than expected because of bad weather.
Meanwhile on the market, the FTSE 250 index has plunged a whopping 11.7pc. The index of so-called mid-cap companies had dropped an astonishing 2,017 points to 15,309 in the first few minutes of trading.
Donald Trump, the US presidential hopeful, has arrived in the UK and said he is “very happy” about the Brexit vote.
He said: “I think it’s a great thing that happened, an amazing vote, very historic.
“We’re very happy. ”
Asked why people voted for Brexit, he said: “People are angry. All over the world they’re angry. We’re doing very well in the United States and essentially the same thing has happened in the United States.
“They are angry over borders, they are angry over people coming into the country.”
Some key facts about who backed a Leave vote across the UK:
Just two of the top thirty areas for over 65s voted to Remain – South Lakeland in the North West and South Hams in the South West.
Only three areas where more than half of residents had a degree voted to leave – South Bucks, West Devon, and Malvern Hills in the West Midlands.
And just three of the top fifty areas DE class areas voted to Remain. Leicester, Liverpool and Newham in London were statistical anomalies because they are big cities with a high number of young voters.
Labour’s Jeremy Corbyn has said that he won’t resign despite the UK deciding to leave the EU.
Mark Carney: Bank of England is ready for ‘new’ economy
The Bank of England governor Mark Carney has made the following statement:
“It will take some time for the UK to establish a new relationship with Europe and the rest of the world. So some market and economic volatility can be expected as this process unfolds, but we are well prepared for this. Her Majesty’s Treasury and the Bank of England have engaged in extensive contingency planning and the chancellor and I have remained in close contact including through the night and this morning. The Bank of England will not hesitate to take additional measure as required, as markets adjust.
“The capital requirements of our largest banks are now 10 times higher than before the financial crisis. The Bank of England has stress-tested those banks against scenarios far more severe than our country currently faces. As a result of these actions UK banks have raised over a £130bn of new capital and now have more than £600bn of high quality liquid assets. That substantial capital and huge liquidity gives banks the flexibility they need to continue to lend to UK businesses and households even during challenging times.
Moreover, as a backstop to support the functioning of the markets the Bank of England stands ready to provide more than £250bn of additional funds through its normal market operations. The Bank of England is also able to provide substantial liquidity in foreign currency if requires. We expect institutions to draw on this funding if and when appropriate.”
http://www.telegraph.co.uk/news/2016/06/24/eu-referendum-results-live-brexit-wins-as-britain-votes-to-leave/