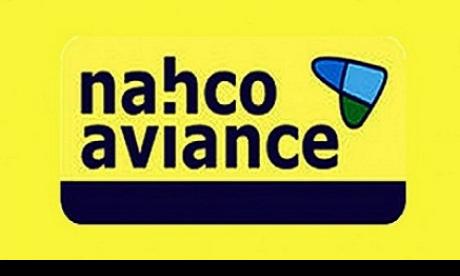 Nigeria’s leading ground handling company, the Nigerian Aviation Handling Company Plc, (NAHCo Aviance) said it has again confirmed its leadership position in the industry by emerging the overall winner in the Public/Technology/Healthcare/Transportation and Aviation Industry category of the 2015/2016 edition of the Nigerian Risk Awards.
This is just as the ground handling company disclosed that it has cut cargo claims payment down from N53, 434,096.03 in 2014 to N177, 356.78 in 2015.
According to the ground handling giant the award is a testimony to the company’s spirit of resilience and hard work, having emerged the runner-up in the last edition, it took creative efforts on the part of the company to clinch the award, just a year after.
NAHCo Aviance was scored by the judges as the winner in a field that parades top brands.
Speaking on the feat, Head, Enterprise Risk Management of the company, Adewale Akinwale, said, “NAHCo Aviance earned this through our hard work and commitment to safety, efficiency and dedication towards improving our bottom-line revenue in the interest of our shareholders”.
According to him, the company recorded a 99.6 per cent reduction in cargo claims in the year under review, from N53 million in 2014 to less than N200, 000 in 2015.
In his words, “We had zero aircraft damages. We cut our cargo claims payment down from N53, 434,096.03 in 2014 to just N177, 356.78 in 2015. We achieved all these despite the threat of economic collapse due to 2015 general election fears, highly volatile foreign exchange rates which led to reductions in cargo volumes and passenger numbers, crippling fuel scarcity situations which grounded many organizations to a halt and in the face of an unethical industry competition”.
The Nigerian Risk Awards is unique in its processes as winners emerge through a rigorous process and it is an award earned through proven effort and consistency.
Meanwhile, NAHCO Free Trade Zone (NFZ), a subsidiary of the Nigerian Aviation Handling Company PLC has appointed of Arc Usman Arabi Bello as Chairman
Bello, who was before now the Vice Chairman of the company, took over from Mr. Bolaji Balogun who retired in March, 2016.
A widely-travelled properly expert, Bello is also an administrator of repute.
His directional managerial responsibilities cover the consultancy consortium Ericon Bello and Associates and its subsidiary, Arabi Bello and Associates, where he is principal partner.
He sits on the boards of quite a number of companies including HNB Security and Protection Company Limited as Chairman; Bello Group of Companies and Zycom Surveillance Inc.
Bello’s professional career in architecture and other related fields has been purposeful and productive.
A long standing member of the Nigeria Institute of Architects and Architects Registration Council of Nigeria, Bello has brought his own signature approach to the design and execution of buildings to enrich the built environment.
His works are legion in parts of Nigeria notably Kaduna, Yola, Lagos and Abuja.
Bello had been with the NAHCo FTZ since its establishment and has significantly contributed to its growth.
His new assignment would enable him give focused guidance to the executive management of the Company.
NFZ is a product of NAHCo Aviance diversification strategy which went full flare a few years back.