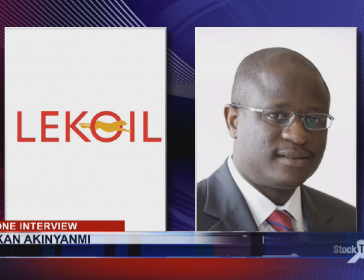 …Records Successful Well Tests Of C5, C6 Zones
LEKOIL, the oil and gas exploration and Development Company with a focus on Africa has said it has made significant progress on operations from the Otakikpo Marginal Field (“Otakikpo”) in OML 11, undertaken by the Joint Venture (JV) partners; Green Energy International Limited (GEIL) and LEKOIL Oil and Gas Investment Limited
GEIL is the operator while LEKOIL Oil and Gas Investment Limited is the Technical and Financial Partner.
According to LEKOIL the Otakikpo-002 well flowed oil from two upper zones during two production tests concluded on April 10, 2016 and that the C5 zone flowed at a peak rate of 6,404 Barrels of Oil Per Day (BOPD) at a 36/64 choke while the C6 zone successfully flowed oil at a peak rate of 5,684 BOPD at a 36/64 inch choke, for over 24 hours.
Production testing at the well, the company stated was curtailed due to storage capacity limits on well-testing equipment and that the JV is expected to start commercial production by the end of Q2 2016.
LEKOIL added that as previously announced in September 7, 2015, the lower E1 zone produced from the first of four planned production tests, flowing oil at various choke sizes for over 24 hours at a peak rate of 5,703 BOPD at a 36/64 inch choke.
It however stated that during completion operations the well encountered cementing issues resulting in the temporary suspension of the E1 zone to allow remedial work to take place, adding that to keep Phase 1 of the Field Development Plan (“FDP”) on track and under budget, the JV prioritised production from the second and third planned production zones, in the C5 and C6 reservoirs and will pursue development options for the E1 zone in the future.
LEKOIL said that the encouraging flow tests of upper zones, C5 and C6 re-confirm the sizeable potential of the oil field.
The oil and gas exploration and development company noted that following the completion of Otakikpo-002, well re-entry operations on Otakikpo-003 are expected to begin later in Q2 and will target the E1 and C5 zones.
The company plans to commence commercial production from Otakikpo-003 in Q3 2016 and expects to be producing 10,000 BOPD by year-end 2016 and that the facilities construction and permits are at an advanced stage to meet the company’s timeline for commercial production.
It posited that following the conclusion of Phase 1 of the FDP, which is expected by the end of 2016, the company will proceed to Phase 2 with new wells planned to bring aggregate production to an estimated 20,000 BOPD by the end of 2017.
The Otakikpo Joint Venture with LEKOIL as Financial and Technical Partner and Green Energy International Limited (“GEIL”) as Operator began operations in December 2014.
Commenting on the positive development, the Chief Executive Officer of Lekoil, Lekan Akinyanmi, said, “In about a year and half, Lekoil and its partner GEIL have managed to bring to life a marginal oil field which is expected to produce 10,000 BOPD by year-end demonstrating its technical and financial strengths as well as illustrating the fast-track approach by the Department of Petroleum Resources (DPR) to developing previously marginal fields and unlocking value for the benefit of Nigeria”.
He continued, “Lekoil as a Financial and Technical partner also commends the support of its stakeholders and host communities whose people and services stand to realise sustainable value. These successful tests represent another major step towards continuous production and are the most significant accomplishment since operations began; demonstrating our disciplined approach to developing an asset efficiently. Safety remains our key priority and we will continue applying the highest standard to our operations as we grow production to, and beyond, our initial Phase 1 target”.
Otakikpo is sited in a coastal swamp location in Oil Mining Lease (OML) 11, adjacent to the shoreline in the South-Eastern part of the Niger Delta.
LEKOIL Nigeria exercises the rights and benefits of its 40 per cent.
Participating and Economic interest in Otakikpo via the Farm-in Agreement and Joint Operating Agreement signed on May 17, 2014 with Green Energy International Limited; the company holds 90 per cent of the economic interests in LEKOIL Nigeria.
LEKOIL Limited’s economic interest in Otakikpo therefore equates to 36 per cent ministerial consent for the Farm -in was granted by the Minister of Petroleum Resources of Nigeria in June 2015.
The Field Development Plan consists of two phases: Phase 1 comprises the re-completions of two wells, Otakikpo-002 and Otakikpo-003 with the installation of an Early Production Facility of 10,000 BOPD capacity and export via shuttle tanker.
Phase 2 covers the subsequent incremental development of the rest of the field with a new central processing facility and seven new wells expected to come on stream during 2017.