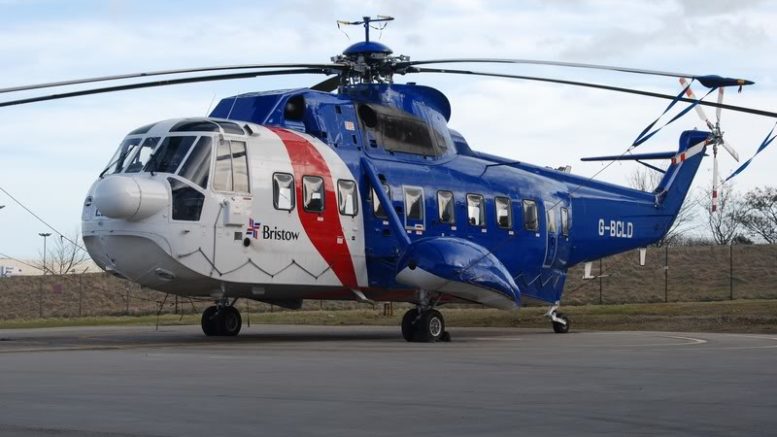 …As Ministry Of Labour Intervenes
The National Association of Aircraft Pilots and Engineers (NAAPE) today shut down and re-opened Bristow Helicopters office at the Murtala Muhammed Airport (MMA), Lagos for commercial activities over discriminatory emoluments between Nigerian and foreign pilots.
As a result of the protest by NAAPE at Bristow Helicopter and eventual shut down of the office, commercial activities came to a halt, thereby making bold its threat to disrupt operations of the airline.
When Abelnews visited Bristow’s headquarters today, union members were seen protesting at the gate of the company to drive home their points.
The union members were busy chanting solidarity songs and making sure that no worker of Bristow Helicopters was allowed into the company’s premises.
The office was later reopened and industrial action suspended after the initial disruption following the intervention of the Ministry of Labour and Productivity on the matter.
The suspension of the industrial action was made known by the General Secretary of NAAPE, Comrade Ocheme Aba in an online statement titled,” Suspension of Warning Strike In Bristow”
According to him, “I am to inform you that the Federal Ministry of Labour has intervened on the matter and has made a passionate appeal to the Union to allow the Ministry offers its mediation service. Out of great respect for the Federal Ministry of Labour, the Union has suspended the two day warning strike with effect from 2400hrs of today (31/03/2016)”.
“Accordingly, all National Pilots and Engineers in Bristow Group are hereby informed to resume their normal duties from tomorrow morning.
Meanwhile, in response to our gesture, the Federal Ministry of Labour has called the parties to a meeting tomorrow at the Ministry for the purpose of resolving the issues. Please, all members in Bristow Group should remain on standby mode”. Aba directed.
Recalled that the National Executive Council (NEC) of NAAPE had directed all pilots and engineers in Bristow Group Nigeria to withdraw all services with effect from 2400hrs of Wednesday, March 30 to 2400hrs on Friday, April 1, 2016 as a warning to Bristow management.
It added in a statement signed by the General Secretary of NAAPE, Comrade Ocheme Aba, stated that union would thereafter review the situation and that if the following issues were not fully redressed, a more comprehensive action would be embarked upon.
Some of the issues the union want addressed includes: full restoration of pay parity between expatriates and nationals, bringing about a valid Conditions of Service and a commitment by the management of Bristow that nationals will not be laid off as long as there exists expatriates in the company.
According to NAAPE, “We wish to warn any person(s) or group(s) of persons who may harbour the intention to sabotage this strike action to think twice before embarking on such risk as the National Association of Aircraft Pilots and Engineers will not take kindly to such unfriendliness. The officials of NAAPE as well as that of the Trade Union Congress of Nigeria (TUC) will be on hand to ensure full compliance.
Attempts to get Bristow Helicopters media consultant to speak on the matter failed as he could not be reach.