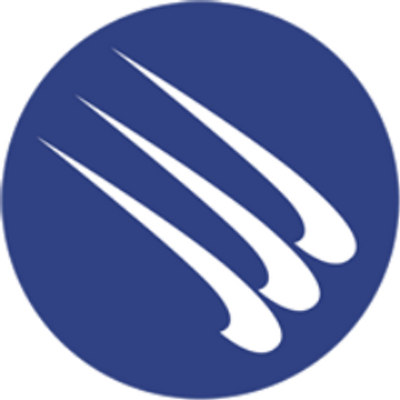 …Says No More Discussions On The Issue
…We would See Who Will Suffer–Caverton,MD

The National Union of Air Transport Employees (NUATE) said that it has finalized arrangements to shut down Caverton Helicopters after seven days if the management of the company fails to pay the salaries of its members in the company.
The decision to shut the company is contained in letter dated March 30, 2016 written to the Managing Director of Caverton by the Acting General Secretary of NUATE, Comrade Olayinka Abioye.
The letter stated that the union had resolved to shut down the company’s operations in Lagos, Warri and Port Harcourt for allegedly involving in persistent anti labour practices.
“Notice is hereby given to the general public and particularly the esteemed clients Caverton Helicopters, that due to persistent anti-labour practices by the management of (the said) Caverton helicopters, the Unions have resolved to shut down operations of the company in Lagos, Warri and Port-Harcourt within the next seven days, if the salaries of our members are not reinstated”. The letter read in part.
The letter continued, “There shall be not further discussions on this fundamental issue as the unions have exhibited high sense of responsibility and maturity in getting the matter resolved but to no avail”.
Abioye added the message in the letter serves as a final notice of industrial action and that all Caverton Helicopters workers should be fully prepared.
One of the unionists, who spoke on the issue stated that thing took a dive since September, 2015 when management unilaterally reduced workers salaries without consulting the workers or the unions.
He alleged that for example a worker who receives N300, 000 as salary was reduced to N40, 000, while another staff who was on N250, 000 salary was reduced toN30, 000.
According to him, “When this happened the unions met with the management and they sold the unions a dummy stating that the cut in salaries was as a result of the prevailing oil crisis but when the union looked further it found that the cut in salaries was not holistic, and was done putting sentimental interest in the fore.”
“Imagine that someone earning N300,000 then his salary was cut down to N40,000 while another one earning N250,000 now earns as low as N30,000. A worker earning N600, 000 his salary was cut to about N150, 000 and to show you how bad it is a lady who was earning N200, 000 was advanced to earning N500, 000 because of romantic involvements with the boss”. he source alleged
He continued, “That is not all, if it was done because of oil crisis then how come someone earning N500, 000 is now earning N1.2million? The unions have written several letters, they did not do anything about it and kept on saying something will be done to address the discrepancies.”
Meanwhile, the Managing Director of Caverton, Mr. Josiah Choms, while reacting stated that the company was doing its best to retain workers but that if the union decided to shut down the company, it is the workers that will suffer.
According to him, “If the right thing to do is to shut down the company when we are doing our best to retain everybody, I wish them good luck. We would now see who will suffer”.
Speaking further, he added that drop in oil price affected everybody and that the workers agreed some people will take pay cut.
He stated that the company had met with the workers severally and that the management had done its best.
“One of our clients had seven aircraft, now they are flying three. We held a meeting, we explained to them. They made some demands which we acceded to. We have had several sessions with them. We’ve done the best we can, in this economic downturn”. He said
He said their clientele had reduced because of the fall in oil price and that there was a time of plenty when oil was over $100 per barrel but that today it is 40, adding that the company tried as much as possible to explain the situation on ground to the union.
According to him, “I do not understand the union’s position and the threat that this represents. We’ve engaged the union in light of the global economic meltdown which is not a specific Caverton situation. Everybody in the world and in Nigeria is facing serious challenges, how our clients have requested for discount, some of them have dropped aircraft. We are not an airline that flies based on passenger traffic. We work on contract. With a dwindling revenue strain, there was no other way but to look at how to increase efficiency and cut our cost”.