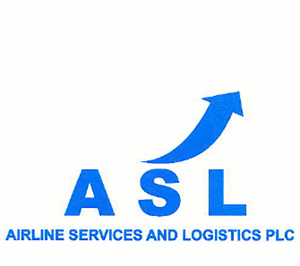 Workers of the Airline Services Logistics (ASL),a company located at the international wing of Murtala Muhammed Airport (MMA), Lagos have finally called of their 48 hours industrial action following the intervention of the organisation’s Chairman, Mr. Richard Akerele.
AbelNews learnt that Akerele on getting the hint of the development paid an unscheduled visit to the company at the weekend to the surprise of the angry and protesting workers.
It was also gathered that at about 3pm on Saturday, March 19,2016 workers of the catering company were still singing solidarity songs to support their colleagues that were fired and those that were allegedly penciled down to be sacked by the new Managing Director of ASL, Laurent Moussard management.
Akerele while calming the workers down appealed to them to go back to work, assuring them that the issues raised would be looked into by the management.
One of the workers, who spoke on the condition of anonymity, told AbelNews on phone that the chairman agreed to recall the sacked Chairman of the internal union, Comrade Sule Muniru and Quality Assurance Manager, Mr Abulimen Ehimien.
He stated that ASL would follow due process and also engage the staff in constructive negotiations in issues concerning them.
The source added that Akerele appealed to the workers to return to work so that the company can begin operations and service its customers.
The source stated that the industrial action was finally called off at 4pm on Saturday.
ASL supplies Emirates, British Airways, Delta Air Lines South African Airways, Lufthansa and Iberia with in-flight catering.
These international airlines were not supplied with in –flight catering by ASL throughout the duration of the industrial action.
AbelNews recalled that the internal union had on Friday, March 18, 2016, called out workers of the organisation for industrial action following the sack of Comrade Sule Muniru and the Quality Assurance Manager, Abulimen Ehimien alleged high handedness by the new Managing Director Laurent Moussard, refusal by the management to increase the workers welfare packages