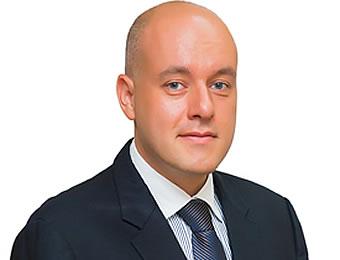 The Managing Director of Bi Courtney Aviation Services Limited (BASL); operator of the Murtala Muhammed Airport Terminal Two (MMA2), Lagos, Mr Christophe Penninck, has stated that Nigeria as country lacks both a strong airline and a good airport.
Penninck stated this while presenting a paper titled, “Airports of the Future: The Model For Nigeria” at the Nigeria Travel Mart (NTM)1st Anniversary Colloquium with the theme, “Leapfrogging Nigerian Aviation To Match Her Potential” on Tuesday, December 8,2015.
He stated that there were many challenges facing the Nigerian aviation, which according to him has stagnated the growth of the industry, adding that the country lacks both a strong airline that can compete with its foreign counterparts and a good airport.
The BASL boss enumerated the factors retarding the growth of aviation in Nigeria to include lack of constant electricity, numerous legal issues tampering with development, high taxes on importation of equipment and spares and unavailability of foreign currency.
Other challenges listed by Penninck that are affecting the aviation sector are: that there are too many airport ‘authorities’ regulating activities at airports, too many airports; most of which are not viable, poor road infrastructure (cargo) and that it was too early for the government to approve multiple gateways for foreign airlines.
He wondered why some international airlines would be operating into multiple gateways, adding that this also contribute to the challenges the country’s aviation is facing
On what Nigeria Model is, the Chief Executive Officer, stated that of all the 22 airports in the country only four airports are profitable and they include Lagos, Abuja, Port Harcourt and Kano.
He said that decision must be taken on other airport either to close them or subsidised by largest in the region, adding that If closed they could be handed over to state for socio-economic reasons or closed completely
He added that if subsidized the Federal Airports Authority of Nigeria (FAAN) could be divided into three Lagos, Abuja, Port Harcourt and that Kano is too small to sustain.
FAAN, he posited should become Federal Airports of Nigeria(FAN) or Federal Airports Company Nigeria(FACN) and not an authority anymore as presently constituted.
On why FAAN should be privatised FAAN, the BASL boss stated that the agency cannot present good performance, not transparent with their revenue, tenders and hiring processes.
The CEO added that FAAN cannot prioritise on the essentials such as: maintenance of current terminals, securing power/electricity, runway upgrades and that there is no drive to seek for new airlines or support stakeholders
On the benefits of privatising FAAN, he said that there would be improvements in infrastructure, there would be better relationship with stakeholders in the industry, dividend to the Federal Government, state depending on the model.
Other benefits that would accrue on privatising FAAN are improved image for Nigeria, it would provides platform for airlines to grow and be profitable and would also bring increased efficiency